The loss of tropical forests, primarily due to agricultural production, is currently the leading cause of terrestrial biodiversity loss. Needed are agricultural practices that retain habitat elements that sustain tropical flora and fauna. Shade-grown agricultural crops – particularly coffee and chocolate – are increasingly recognized as harboring higher biodiversity that monocultures and other adjacent (non-forest) habitats. However, little detailed ecological research has been conducted on individual vertebrate species occurring in these agro-ecosystems. In addition, the extent to which shade-grown crops can act as more than just refuges, but also as source habitats that contribute to landscape-scale population dynamics and connectivity is unknown. 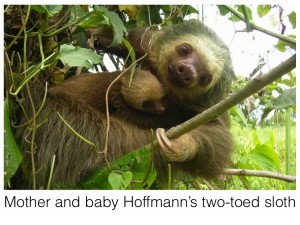 In collaboration with Dr. Jon Pauli, I am working on understanding the role that shade-grown cacao (the plant from which chocolate is made) can play in the conservation of Hoffmann’s two-toed (Choloepus hoffmanni) and brown-throated three-toed (Bradypus variegatus) sloths in northeastern Costa Rica. Sloths are mid-sized arboreal mammals that occur in many Neotropical forests and have evolved extremely low metabolic rates to cope with the low nutritional value characteristic of their folivorous diet. Because of their sedentary nature, weak dispersal ability, and obligate arboreal life-history, sloth populations are likely sensitive to the loss and fragmentation of tropical forests.

We use a variety of methods to study sloth ecology including radio-telemetry, color marking, and genetic tools. We are particularly interested in comparing the demography and social system of sloths occurring in intact tropical forests (along riparian corridors), cattle pastures with isolated trees, and shade-grown cacao farms to determine if cacao cultivation can provide habitat elements needed to maintain viable sloth populations. We are also interested in the role of shade-grown cacao can play in connecting sloth populations in geographically isolated reserves and the extent to which they act as source habitats in degraded landscapes. To date we have shown that sloths employ a mixed mating system with what appears to be a combination of polygamy and promiscuity. 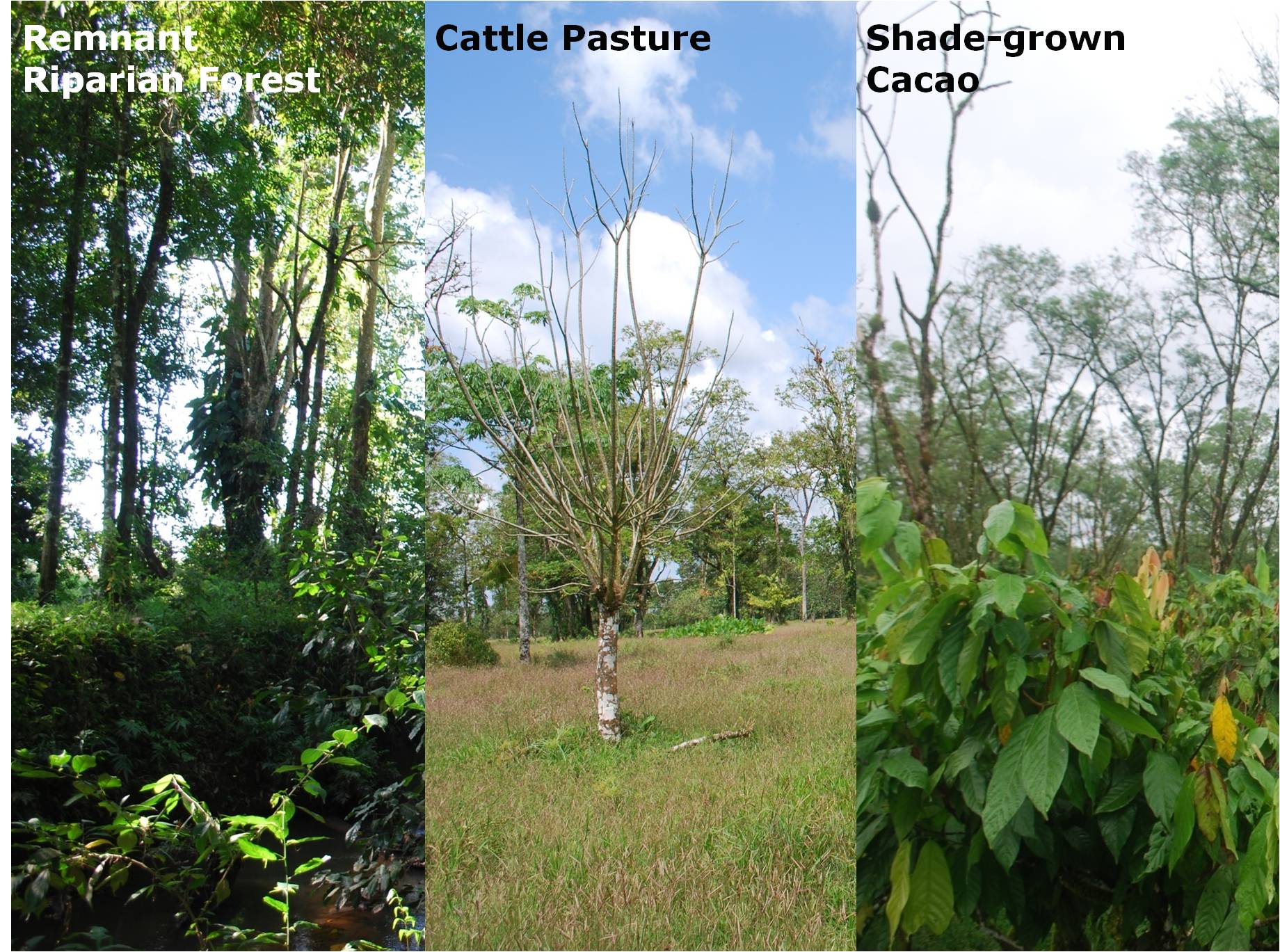