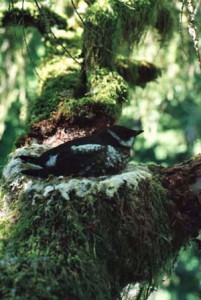 The Marbled Murrelet is a nearshore-foraging seabird that, in the Pacific Northwest, nests almost exclusively in old-growth coniferous. Parents will fly up to 60 km from at-sea foraging areas to provision nestlings. Murrelets are long-lived and rear a single young per breeding season, making populations vulnerable to declines in abundance. Because of the murrelet’s secretive behavior, nests are very challenging to locate and monitor, and indeed, the murrelet was the last species of bird for which a nest was located in North America. Recent advances in radio-telemetry (see below) have greatly improved our ability to find nests and study the breeding ecology of this species. 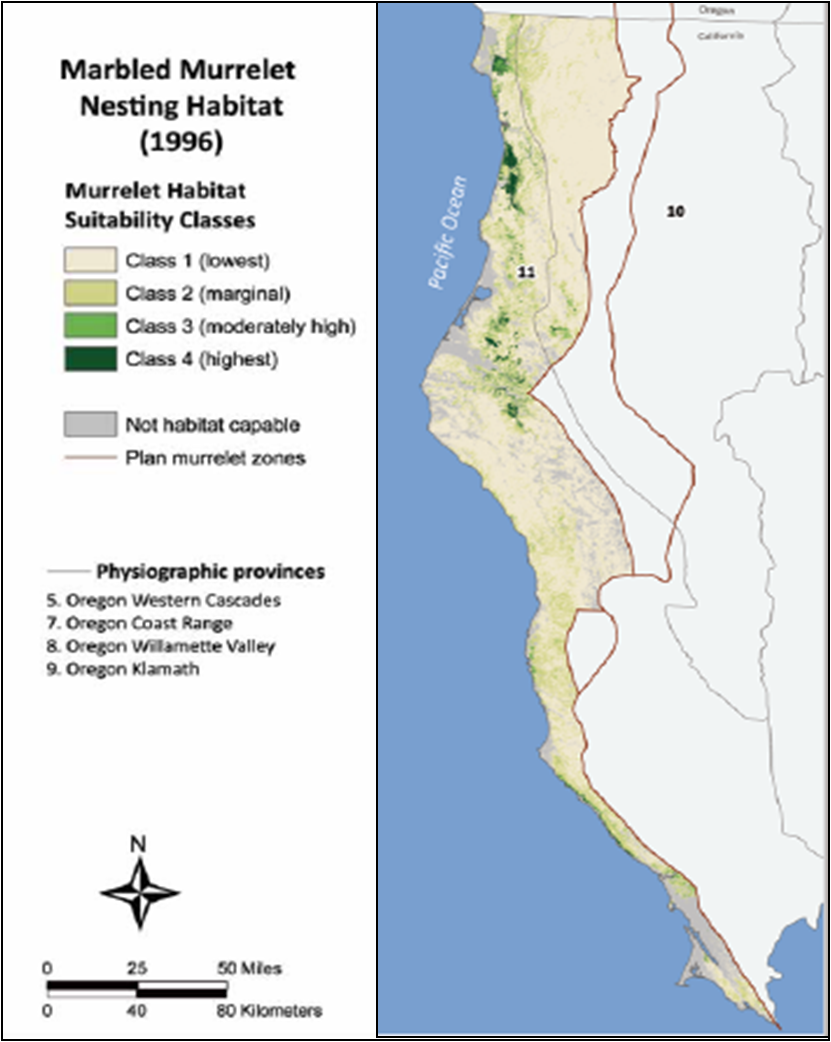 Old-growth forests have been heavily harvested in the Pacific Northwest because of their commercial value, such that only about 10% of the original old-growth remains in California, Oregon, and Washington. The green areas in the map to the left indicate remnant nesting habitat in Northern California. Murrelets were listed as threatened under the ESA because of nesting habitat loss, and associated regulations have resulted in restrictions on timber harvesting in many part of the birds range, which has lead to controversy among land-owners, regulatory agencies, and environmental organizations. 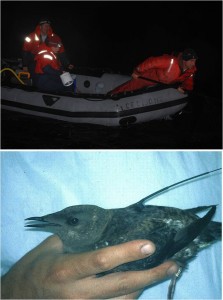 Murrelets are threatened by a number of other marine and terrestrial factors including oil spills, changes in foraging conditions, and particularly corvids such as Common Ravens and Steller’s Jays that predate on murrelet nests. Corvids are subsidized by human-derived food sources, and as a result, populations of both ravens and jays have increased dramatically within murrelet nesting habitat in many parts of the murrelet’s range. Our research group initiated a marbled murrelet research project in central California, where only very small stands of nesting habitat remain – primarily and county and state parks – to locate murrelet nest sites and determine nest fates using radio-telemetry. Murrelets were captured and radio-tagged at sea and tracked back to their nest sites, which where then monitored using a combination of visual observation and nest climbing. 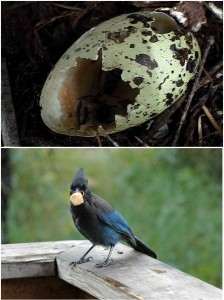 This project indicated that reproduction was very low and nest failure rates very high, likely due to predation by corvids (Peery et al. 2004). As a result, we initiated a project to investigate the effects of human-derived food subsidies on Steller’s Jays in state parks. One of the goals of this project is to understand the influence of food subsidies in campgrounds on jays, and thus predation risk to Marbled Murrelets on larger spatial scales. This work combines banding, radio-telemetry, stable isotope methods, and GIS analyses, and is being led by PhD student Elena West.